The glamorous game of Roulette is among the gambling world’s most storied, sophisticated, and popular. But, aside from what is seen in movies, how much do most players really know about it?

Let’s play 20 Questions! Here, gamblers can learn a bit, strengthen their game, and hopefully have some fun too!

1 – Is Roulette the Oldest Casino Game? 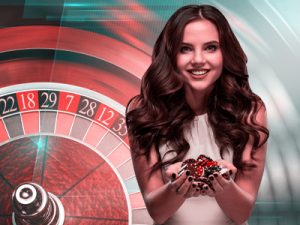 It depends on how you define “casino game.” Betting has been popular since before the agricultural revolution, whether ancient peoples wagered on foot races, wrestling, or primitive dice.

In terms of what we now call ‘table games,’ though, roulette is indeed the oldest. It goes all the way back to 1655, when the French mathematician, inventor, and philosopher Blaise Pascal created the first wheel while attempting to create a perpetual motion machine!

2 – Which Table Game is the Most Popular?

Blackjack is the world’s most popular table game. Roulette and Craps are tied for second place.

Though Pascale invented the wheel, documentations proves that the modern game has been played in Paris as early as 1796. The single 0 style was created in 1843. The casino in Monte Carlo has offered the game continuously since the 1860s.

4 – How Does Roulette Work?

The roulette wheel has a series of numbers from one to 36, as well as one or two (usually green) colored zeroes. The dealer spins a ball around the top of the wheel, which then makes its way down the inside of the wheel and lands in any one of the numbered pockets. If the player has wagered on the winning pocket, their payout is 35 times the initial wager.

In addition to the numbers, players can also lay money on outside proposition bets such as three sets of “dozens,” the three sets of “even-money” bets (red/black, odd/even, 1-18/19-36), the three “columns,” and so on. Players may place any number of bets per spin.

5 – What Are the Main Kinds of Roulette? 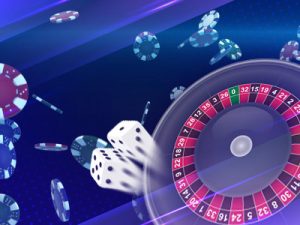 There are three main varieties of roulette: American, European, and French.

The differences between them are few, but they make a big difference! The American roulette wheel

The American roulette wheel has a 0 and 00; the European has a single 0; and the French has only the 0, too, but unlike the European variation the French will pay half the bet back to the players if the ball lands on 0.

6 – What About Russian Roulette?

That’s a whoooooole different thing… and it won’t be found in any casino, that’s for sure!

7 – Is the House Edge the Same in All Kinds?

8 – How Is the House Edge Calculated?

What about the European wheel? It has 37 numbers, one through 36 plus a single 0. The payout for a winning decision is 35 to one. In a game where the house has no edge, the payout for a winning bet should be 36-1. However, to make money, the casinos short the win by one unit: they pay 35-1 instead. Divide the 37 into the one unit kept by the casino and that comes to a house edge of 2.70%.

9 – Is the House Edge the Same for All Bets?

No! While each individual number bet offers the same odds, many of the side bets offer different odds… some are especially terribly to players, while others offer the best mathematical possibilities around.

For our purposes, the ‘worst’ bet is the one with the highest house edge. That is to say, this is the best the casino would like bettors to lay every time.

Similarly, the ‘best’ bet is the one that puts the house at the greatest disadvantage – the one they would prefer players not make. In this case, the best bet is available when casinos offer “surrender” or “en prison:” in this case, the even money bets (Black/Red, Even/Odd, and 1-18/19-36) come with a paltry house edge of 1.35%.

Because of the presence of the 0 (and 00)! These bets aren’t named for their odds, but because they pay even money when they hit.

… no matter what bet a player makes, the casino always has the edge in roulette.

Players can and should optimize their play, but over time, the house will always get the best of it.

14 – Will a Betting System Help Me Beat the House?

Betting systems are frequently championed by one player, blog, book, or another.

While they can certainly make the game more interesting, none of them can actually change odds against the house. Again, there’s no way to beat the casino at the roulette table over the long term.

No, it matters a lot! Although the odds ultimately favor the house, players can still do everything in their power to get the best odds possible.

Yes! In fact, choosing the right casino (and taking full advantage of their bonus programs) is one of the most impactful calls a player can make. Many modern providers offer massive deposit bonuses – it would be crazy for any player to leave that money on the table!

17 – Can the Dealers Control Where the Ball Lands?

Although this was likely possible back in the wilder days of casino gaming, the industry is much too closely regulated today for anything like this to work. A casino that was found to tinker with their reels would face loss of licensure, fines, and worse.

Plus, if any casino allowed dealers to control where the ball landed, they would in turn open themselves up to being cheated by the dealers themselves!

The fact is that the house doesn’t need to play dirty to win…. it has the advantage already!

Unlike Blackjack, which can get a bit rowdy, and craps, where players can bet on a hot shooter, roulette is a comparatively quiet affair. While big bets (and big wins) are likely to get everyone’s spirits up, players generally keep to themselves. 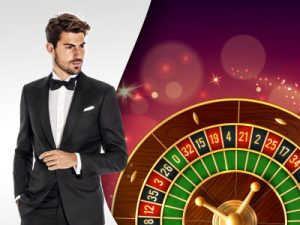 Perhaps because of the game’s calmer culture, etiquette is a major factor at brick-and-mortar roulette tables.

One thing players should never do is throw their bets onto the felt if they’re unable to reach. Ask the dealer or a friendly player to place the bet for you – throwing chips around could displace other players’ bets, which is a major faux-pas.

Aside from that, it’s also important to obey the dealer’s instructions, and to drink only in moderation.

20 – Can I Make a Living Playing Roulette Professionally?

Poker players play against each-other (not the house). Blackjack players can count cards. What can roulette players do to get the better of the house in the long run?

As you’ve probably gathered above, the answer is…

For all its many charms, roulette doesn’t offer players any way to get the best of the house over time. Big bets may indeed be won, and players can take those wins to the bank! But if you play long enough, the house will walk away the winner.

That’s why there are no professional roulette players. It’s meant for fun, not a job.