The international appeal of roulette is well-known and well-deserved. In addition to its James Bond-level charm, this game offers players some of the best odds of any casino table option. For some reason, though, roulette is also especially susceptible to the dubious charms of ‘guaranteed to win’ betting systems. Chief among them…

…is the Martingale. It is one of the older, most straightforward, and more famous betting systems around. So what is it, and how does it work? This article will explain the Martingale, its application and its history, and will offer a clear recommendation on whether it’s a winning or a losing strategy. 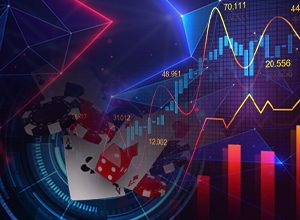 The Martingale is one of the older betting systems around, going all the way back to 17th and 18th century France. The gaming tables were always packed in those days, with everyone from the high nobility to paupers placing bets left and right.

It is believed that the Martingale name is derived from John Henry Martindale, an 18th century London casino magnate. He is said to have suggested this betting system as a way for his clientele to use at his tables!

It was a kind of Enlightenment-era advertising.

That’s right – this supposedly surefire way to beat the house was invented by a casino owner as a marketing ploy. That’s what’s known as a red flag.

How does the Martingale betting system work? 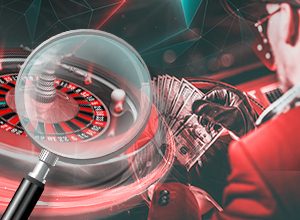 It’s simple as can be. After a losing bet, simply double the size of the bet and repeat.

Or to rephrase: double up until you win.

Is there sound math to support this system?

The answer is a resounding…

The central idea is that, so long as the bet continues to double in size with every loss, the player will eventually end up with the same profit as the original bet.

How does this look in practice? Let’s look at an example, starting with a bet of $2 (though any betting currency would work).

In the above table, a player loses seven consecutive bets, doubling his or her wager after each one. Then eighth bet is a winner. How does this work out?

Exactly as predicted! In the end, there is a profit of $2.

Great!! It’s easy to see the appeal of such a simple system. Indeed, many punters swear by it, including some high-profile individuals.

There’s only one problem, but it’s a big one: casinos have unlimited bankrolls. Players don’t.

As the above example shows, the player has to withstand losses of over 125x the initial bet (a loss of $254) before gaining a profit. The loss amount is exponential.

This often forces a player to put his or her entire bankroll in jeopardy… with the mathematical certainty that, if the gaming session runs long enough, that bankroll will eventually run out.

And what is the payout for this massive risk? A measly $2.

The truth is that any system claiming to offer foolproof, proven ways to beat the house is not to be trusted. The Martingale is no exception.

Does that mean strategy isn’t important in roulette? 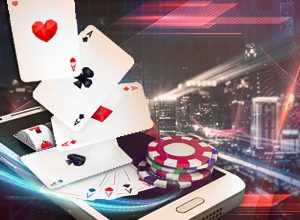 No way! Strategy is absolutely essential in gaming.

But anyone promising players risk-free wins is selling snake oil.

The truth is, with the occasional example of certain promotions, the house always has the advantage over the long term. If the gaming establishment didn’t have good reason to expect a profit over the long term, they wouldn’t offer the game in the first place!

Or to put it another way, there’s always a house edge.

So is using the Martingale betting system a good idea, or not?

…that this a system to be avoided at all costs.

The balance of risk to reward. Though it may seem appealing in the abstract, this betting system forces players to bet potentially massive amounts in order to score pretty paltry payouts.

Is the Martingale betting system a sure way to win?

Mostly no, with a tiny hint of yes. Given unlimited funds, it is true Martingale is mathematically proven to yield profit. However, that profit will be small, and the financial risk to win it will be enormous.

Players have limited funds, and this system requires them to endure tremendously large bankroll swings in order to win meager profits. We advise against using it.

How does the Martingale system work?

Double up until you win! It’s as simple as that.

Why is Martingale so popular?

This is an interesting question… it may well be that for some players, the notion of ‘a sure way to beat the house’ is just too appealing to lay aside.

It is indeed a powerful fiction! What’s more, the system’s simplicity makes it easy to apply with only a minimum of research.

For many gamers, though, the unpredictable nature of gaming is part of the fun! We wouldn’t trade it for certainty if we could.