The American roulette is generally only found in the USA. It has a 38-pocket wheel which contains a second green slot, holding two zeroes. Unfortunately for roulette fans, the increased number of pockets on the wheel increases the house advantage, but apart from that, the game is identical to the classic European version.

There are hundreds of online roulette games you can play for real money and although they may seem different, most of the titles are actually versions of the same game. They all fall into one of these three major types of roulette – American, French and European. American roulette may not be the most popular form of this traditional casino game, but for many gambling enthusiasts across the United States of America, Canada and the Caribbean, it is either the most accessible or the only option.

Even though the more profitable European and French variations are available in US-friendly online casinos and even in several Las Vegas luxury casino resorts, some players in the country still prefer the American game. It differs from the European and French versions in several ways, most notably, as mentioned earlier, in the fact that it has an additional green-coloured pocket on the wheel dedicated to the double zero. It brings the house edge up to 5.26%, which means that over time, players are likely to lose more while playing American roulette than what they would lose if playing the classic European form of the game.

But there are other aspects of this casino game punters should consider before they start playing it for real money. If they have already tried any type of roulette, they should not find playing the American version difficult or much different, as it follows the same basic rules and it offers all the classic bets.

What is American Roulette? 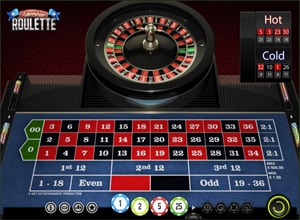 Roulette originated in France and in its early days, the wheel had both the zero and double zero slots. It is this version of the game that made its way over to America in the 18th century. However, shortly after in Europe, it was decided that having only one zero pocket made the game much more appealing while still giving the casino a significant house advantage. In America though, the game was starting to catch on with both slots and has gradually become the version people saw as the more traditional one. For this reason, most online casinos offer American roulette.

But the additional green slot on the wheel is not the only difference between the American and the European forms of the game. In Europe, the numbers on the roulette wheel are positioned randomly, or at least, it seems so. In reality, they are carefully placed in such a way that they alternate as much as possible. For instance, there are no odd and even numbers that stand next to each other, nor are there adjacent high and low numbers. In contrast, the numbers on the American roulette wheel appear in pairs opposite each other – the two green-coloured zero pockets are opposite each other; 1 red is opposite 2 black, while 17 black is opposite 18 red, and so on.

The presence of the 38th pocket on the wheel changes the odds of each number coming up after each spin. However, the payouts for the different bets are identical in roulette games on both sides of the Atlantic. For instance, if you place a bet on a single number, the payout in both American and European roulette is 35 to 1. This means that you will receive a winning equal to 35 times your bet plus your original bet.

How to Play American Roulette Online

The rules are essentially the same as those of the more common European roulette and its similar French counterpart. The noticeable difference is the additional green 00 slot. It may not sound like a big difference, but when it comes to the house edge, it is a big deal. Interestingly, many players in the United States underestimate the increased house advantage. There may be many reasons for this – they may find it difficult to understand, or they simply tend to pay less attention.

Compared to the more traditional single zero game, the house advantage is now twice that of European roulette, at 5.26%. This is certainly something to consider, particularly for the more inexperienced player.

American roulette has been extensively recreated by different gaming software developers and today, a large number of its variations can be found in many online casinos. While each title has its own style and design, all share an identical gameplay and in most cases, even their game settings and options are more or less the same. The aim is to guess correctly the outcome of each spin of the wheel and receive as high payout as possible.

To play the game, roulette enthusiasts must select a chip and place it on the table layout to make a bet. They can continue clicking on the same position to increase their bet, or alternatively to shift-click if they wish to remove a chip. There are additional options they can select, each with its respective button such as Clear, Undo or Redo bets. Once you are contented with your bets, you need to click Spin and wait for the ball to land in one of the slots. If you are successful, you will receive the corresponding payout and your bets will be left on the table for the next spin of the wheel. You can change this option in the game settings so that after a winning spin, all chips are returned to you.

For more information on how to play roulette, and the differences between American, European and French roulette, please see the roulette rules page.

The bets one can place in American roulette are almost identical to those available in European or French-style roulette. As usual, the chips are placed on the betting area of the roulette table, known as the layout. In this variation of the game, the layout includes the standard numbered grid and the outside fields, but it also features two green cells that correspond to the two zero pockets on the wheel. When players place their chips on the grid, these are inside bets.

Along with these inside bets, players can also place chips on the outside fields of the layout. These bets include larger groups of numbers and are considered safer than inside bets. Of course, their payouts are less attractive.

There is also a side bet available mostly in variations of American roulette – it is called NewAR wager and is an interesting combination bet with a variable payout. It gives punters two additional options, the first one being Even/Red/0. This means that you can bet simultaneously on the zero and on all even and red numbers at the same time. With the other NewAR bet, you wager on Odd/Black/0. There are also two payouts – 3 to 1 if the winning number is Even/Red or Odd/Black; and 2 to 1 if the winning number is zero. Although NewAr may seem attractive as it covers large portions of the table, the house edge on this side bet is quite unfavourable to players at 10.52%.

In case you wonder about the best chances for choices in American roulette, we got you covered! This simple, custom-made calculator has all the answers. Choose any field at the betting layout, click on it, and place your ‘chip.’ The app instantly displays your winning odds, including the house edge. Moreover, on the top left line, you can see the name/type of bet you made; thus, you get to learn more about all betting systems. 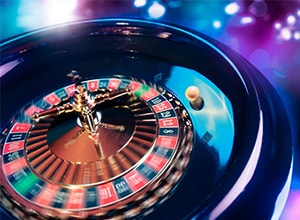 Unlike the European and French types of roulette, the American one does not feature the La Partage and En Prison rules. They reduce the house edge on even-money bets by giving you the opportunity to lose only half of the stakes when the zero comes up. This version of the popular casino game also rarely offers a racetrack layout where announced bets can be made. As a partial compensation for the fewer betting options, however, it comes with the interesting side bet NewAR and the top line bet which includes the single and the double zero.

Today, this type of roulette is one of the most frequently played casino games in the United States. It also enjoys relevant popularity in online casinos all over the world. Considered less generous than the version with just a single zero, American roulette tends to be less favoured outside of the USA and in Europe, particularly. However, for many punters it is more fun having the extra zero – after all, gambling is risking and here, the risk is higher. Overall, American roulette is definitely worth checking out, but players should bear in mind that they have to face an additional house advantage.