Roulette’s one of the most classic casino games out there. Whether you like the glitz and glamor of brick-and-mortar establishments or the convenience of flopping on your couch and playing your favorite game, Roulette’s a winner all around.

One of the common misconceptions about classic casino games is that there’s only one game to play. This is categorically untrue: from poker to blackjack, slots to baccarat, there are a ton of different styles and gameplays that suit different participants.

Different forms of Roulette are really just variations on a theme: all the rules for how to win remain the same. This makes it quick and easy to jump in and try a new style. And “style” is really the keyword here: Roulette games are all about the graphic design and ways of gaming.

We’ve been able to find over twenty different forms of roulette available to the online audience. We’ve narrowed it all the way down to our very favorites to share with you.

The Top Three Variants and their Similarities

On a fundamental level, Roulette’s so easy to play that it’s often the first or second game a player tries. When first discovering a casino, players are naturally attracted to slots, as they’re purely games of chance and thrill.

There’s no strategy to slots—there’s only clear wins and losses at the press of a button or the pull of a lever.

Roulette’s different in that it incorporates elements of strategy. It’s a great game for developing your critical thinking skills. There are a ton of tips that can help anyone, regardless of level and that helps beginners feel confident in trying something new. But what happens when you want to experience something totally different? Can you have that variety even if you want to stick with roulette?

Shane Hennessey, an in-house casino games expert in Ireland, knows everything there is to know about online roulette. He gives us our three main variants: European, French, and American.

While he does admit that the European roulette game is the standard (and it’s what most beginners are drawn to), he notes that many gamers are already familiar with variants: they just don’t know it.

Part of the reason for this is that variation is subtle. They’re all basically the same, but the American roulette wheel has 37 numbers instead of the European wheel’s 36. This is because American roulette uses the double-zero as one of its spaces. French tables uses the same 36-slot set up as the standard European wheels, but they also offer the opportunity to make side bets.

See? Bet you’ve already played at least two of these variants without even noticing too much of a difference.

Because these are the most popular offers, we decided to group them together at the top. Now, let’s take a look at the road less traveled: rarer forms of roulette.

Does this make it easier to win? It certainly does! As a matter of fact, the two balls make the odds the highest-paying of all roulette variant games.

A wild dream to factor into the equation: if both balls land in the same pocket of the wheel, YOUR pocket, the pocket YOU bet on, the payout is 1300 times your original bet. Now THAT’S something we’ve gotta see.

Have You Tried Multi Wheel Roulette? 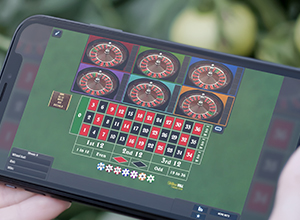 First up to bat is multi-wheel roulette. We’ve covered the possibility of having several balls added in a roulette game, when you’re trying to mix it up—but what about having more wheels? Enter Multi-Wheel Roulette, originally produced by Microgaming.

Obviously, this is only available in a digital format: which is to say, online. But even if you’re more into the traditional casinos, it’s well worth it to check it out!

This variant adds dynamic play to a classic game. You can choose how many wheels you have, or let the house choose for a great way to think on your toes.

Remember: the normal rules still apply. We know, it’s exciting! You’re playing with multiple wheels! But we still recommend that you stick with outside bets. Keep in mind the roulette odds and payouts and don’t ever fool yourself into thinking you can always beat the house. 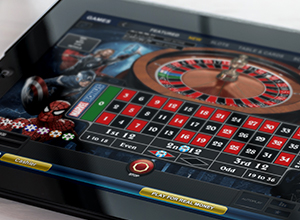 Finally, we had to touch on one of the variants that we love based on its graphics. Marvel Roulette’s ridiculously cool for a number of reasons.

This roulette variant’s really the first of its kind and it’s no surprise that it was released by Playtech. We’ve done software reviews of Playtech before and for good reason: they have some of the hottest games on the market.

Playtech leads the group with its Marvel slot games. One of the most popular is the Avengers Slot and they tried something different: Playtech offered an Avengers Roulette game as well, with compatible jackpots.

For their slots version, they created a progressive jackpot system with four tiers of prizes. The Roulette version also offered players access to this jackpot feature. This means that, for the first time, roulette players could win more than a single jackpot!

See why we love it so much?

To sweeten the pot (pardon the pun) even further, the wheel has a bonus pocket to gain access to this jackpot system. The bonus pocket adds a thrill we hadn’t seen before with a whole new promise of success.

With so many new players flooding the market, it’s impossible to predict where we’ll be ten years from now. But one thing’s for certain: we can’t wait to see all the new options we’ll be able to try.