It has always been a question among aficionados of this old gambling game- how to turn the odds in your favor? Are there any particular strategies and tricks hat can increase your winning chances? 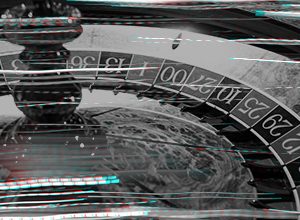 Trying to be as creative as possible in thinking of ways to bring luck by their side, people came to the conclusion that wheel malfunctions and biases can also be used for this purpose.

Here’s the chance to learn MORE about this!

What is a biased wheel?

When specific numbers win more frequently than they should, that because there are biases in a wheel. The most common causes for this are defects in wheels. 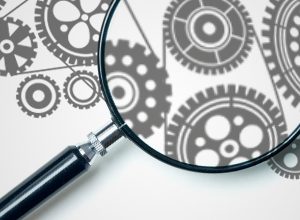 Just to make one thing clear, these malfunctions are not a secret, most players know about them. They used to rely on this “technique” by analyzing lots of spins and wheel structure in order to figure out the pattern. However, that made sense like 100 years ago, but with modern technologies involved in gambling, things have significantly changed.

Nowadays, you have automated software which analyzes the winning numbers in order to identify the existence of a potential pattern in winning numbers. The better the software the more accurate the analysis is the logic.

What causes wheel malfunction and how to spot it?

As the wheel itself is a complex machine, so to say, made of many parts there are many causes why biases occur. Sometimes there’s only one from the list, but it’s not uncommon to have two or more of these.

They are also known as frets, and as a result of loosening, they become better in absorbing the impact that the other pockets. This leads to ball resting in a specific fret more frequent than in the others.

As there are no two frets of the same size, consequently ball doesn’t favor all of them equally. The logic says the larger the fret the more often the ball will rest in it. Higher frets have mechanical flaws more often than the lower ones.

Even though this may seem insignificant, but even the tiniest scratches, barely visible to the naked eye, change the friction and the level of impact absorption. Like the previously described, this also causes the ball to rest in some place more often than in the others. This malfunction is also known as “deadening”.

When one side of the rotor is even a millimeter lower than the opposite, that “spoiled” gravity leads to lower side being more favorable compared to the opposing. This malfunction is among the easiest one to spot. You just need to stand in the right place to see it.

You know a wheel is unbiased when it moves smoothly and constantly, without speed variations. However, when you notice slight deceleration when the zero is at a particular point around the wheelbase. There are many reasons why this happens, but the distorted wheel shaft is among the most common ones. Multiple factors are part of this one, such as tilted wheel which leads to a common drop point further resulting in a sector bias. The trick how to spot this malfunction is to observe green zero for a few spins.

This one itself is not a malfunction, but when in combination with some others, it results in a sector bias. To spot this one, you have to mark a point where the ball strikes a diamond, for example. This, of course, goes for the wheelbase, not the rotor. The result of this malfunction is ball being favorable to some pockets comparing to the others.

As you have seen, this one is strongly related to the previously described bias, as well as unbalanced wheel deceleration. This malfunction also belongs to a sector bias.

When the deformation in a track occurs, that also leads to common drop points. The method of detecting this one is rather unusual. What you have to do is listen to the rattle, and when you locate the point where it occurs, you are a step closer to spotting common drop points.

Balls are never perfectly round, which also leads to biases. If you hear it rattling at the same part of the wheel, then be sure that there’s a deformation in a ball.

As you can see, there are truly many parts where malfunctions can occur. All it takes is patient observation and after a while, you will spot all the biases. It’s worth mentioning that older style wheels are more likely to be biased.

How to spot a biased wheel?

Taking all the above-mentioned factors into consideration one may get the impression that spotting a biased wheel is a piece of cake. 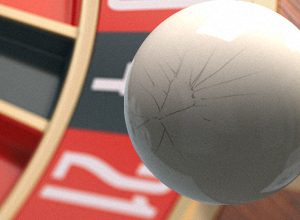 One has to be an expert in understanding all the mechanics behind the roulette wheel so to spot where do biases occur. Biased wheels are indeed rare. Even though manufacturers do their best to create a wheel without any defects, still malfunctions happen.

As we mentioned, casinos use software to detect them, but you can always use good old manual technique and investigate. This is a complex action, which requires keeping a record of all the things you have noticed, such as damages, imperfections as well as conditions when and when certain things happen. To be completely sure that it’s not just a coincidence, repeat your test.

If the results were matching- congrats, you’ve found it!

But do be aware that casinos also pay close attention to this, so don’t let it surprise you if one day you notice the bias and the next day- PUFF, it’s gone!