The combination of simplicity and variation is what makes the game of roulette so beautiful. It’s a gambling activity that can be learned in a few minutes, but whose subtleties keep players coming back year after year.

Even with all those subtle differences, though, every gambler will want to know about these – shall we say – not so subtle roulette variants!

While playing at different online casinos can certainly provide a fresh change in perspective, and while there are of course crucial differences between the European and American wheels, there are some versions of the game that blow those gradations out of the water! We’re talking about multiple wheels, multiple balls, and more.

It’s true that there is occasionally a somewhat ‘gimmicky’ aspect to these games. Some of them add additional betting possibilities, and those ‘new’ bets almost always favor the house to an almost laughable degree. With that said, though, many elements of these variants have absolutely no impact on RTP. They’re just good, clean fun… so long as you avoid the garbage bets that appear here and there.

Without further ado, here are the six variations that every fan of the game should know about. 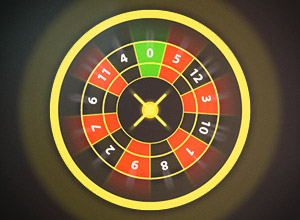 A straightforward gaming concept, Mini Roulette offers a wheel with only 12 number bets and a single zero.

While usually marketed as having ‘better odds’ than a standard wheel – of course hitting a straight-up bet is more likely with 12 numbers than with 36, but that doesn’t translate to better mathematical odds for players – the real appeal of this variant is its simplified structure.

It’s fun, and even though there are fewer numbers on the wheel, corner bet, street bet, three bet, six bet, column bet, red/black bets and even/odd bets are available, as well as La Partage. As far as non-traditional approaches go, this is one has pretty decent RTP as well.

goes to the opposite extreme: this is maximalist play.

With up to six wheels spinning (depending on the casino), the action can be borderline overwhelming. Importantly, though, the odds of the game don’t change when you add more wheels – only its pace.

At most casinos, the player can decide how many wheels will be active. Take care when selecting bet size, though, as it will likely be multiplied by the number of active wheels.

It’s fascinating to see how different multi wheel play feels compared single wheel games, even when the mathematical odds of play are completely unchanged. The excitement is palpable!

Just take care when trying this out. It’s true that wins occur more often when there are multiple wheels in play at the same time, but that has to be weight against the multiplied bets you’re laying on each round! 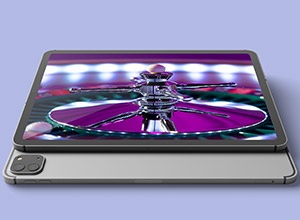 Double ball is the most common expression of this principle – it has made appearances at the Tropicana in Las Vegas, among other places – but some offerings have been spotted with as many as ten balls put into play at once!

As you might expect, there are more winning bets when more balls are in play. This variant also gives rise to fun new betting options, such as a “double ball jackpot” awarded any time two balls land on the same individual numbered slot.

It’s not exactly multi-wheel roulette, but it’s close! In double action games, there are two wheels, one inside the other. The ball will land in a slot between the two wheels, resulting in two winning numbers on each spin. Players can place bets on numbers in the outer wheel, inner wheel, or both (which is called a parlay).

Bets on a single wheel are usually the same as in traditional roulette, but the parlay bets can get a little crazy. A single number parlay bet pays out 1200 to one!

This variant has a major catch, though. While single wheel bets are mathematically identical to traditional games, the parlay bets come with a significantly higher house edge. Once the shock value has worn off, avoid them like the plague.

If you want to try something completely different, pinball roulette might be the game for you.

You know how, normally, the croupier places the ball on the wheel in a skillful manner that borders on beautiful? What if, instead of all of that, players got to play a round of pinball – with all the flippers, bumpers, and flashing lights – and where the ball stopped determined the outcome of their bet?

It may sound silly at first, but some serious providers offer games like this. And there’s no reason why adding a but of old-school fun should negatively impact gaming substance! The math stays the math, after all.

Another maximalist take on the classic, Diamond Roulette asks the question: why limit yourself to two colors?

Instead of a wheel divided only into red and black, this game adds blue, green, yellow, and purple to the mix!

This one is a fixture in many Atlantic City casinos. Each color corresponds to six of the wheel numbers, which can wagered on with an individual payout of 5:1.

Tables with double zeros also offer a strange bet combining a single color with both the zeros. This bet pays 3:1, but on the other hand, it comes with an absolutely horrendous house edge of 15.79%!