Skip to content
Relatively new, the Oscar’s Grind roulette betting system is one of the simplest and safest strategies you can use even if you have no experience in applying strict methods while playing roulette. It requires no calculations and can be easily followed even with a limited bankroll.

Oscar’s Grind is not guaranteed to win and if not used properly, may lead to unpleasant losses but in comparison with some aggressive betting systems, it will not eat up all your money with just a few bets. Like most roulette betting systems, it was originally created for bets with even chances such as red/black, even/odd, and 1-18/19-36.

A couple of things should be noted, however. First of all, there are actually no bets with even odds in roulette, they are only called by that name. In fact, based on European rules, the probability for these three “even-chance” bets is 48.60%, while in the American version of this game, the percentage is even lower. The reason for this is the presence of either one (European and French roulette) or two (American roulette) zeros, which are neither red nor black. The zeros also cannot be categorized as even or odd and high or low numbers.

The second thing, although not as important, is just as curious – the origin of the system and why it was really created. Well, nobody could actually say as the origins of this method remain unknown. It was first mentioned by author Allan Wilson in his 1965 book called The Casino Gambler’s Guide – in it, this strategy was referred to as Grind, while the name of the roulette player who used it, was Oscar, thus the name. It is also known as Hoyle’s Press and in its essence, it is a betting system that uses a flat positive progression and takes advantage of the winning streaks that tend to happen often in roulette.

What You Need to Know about Oscar’s Grind Roulette System

Sometimes known as the Pluscoup progression, this system increases your bets by a fixed amount following a win and keeps them at the same level after a loss. This is a positive progression and if you know of the d’Alembert system, then this method would probably sound quite similar to you. It is actually very similar to the Reverse d’Alembert system. The positive progression completely changes how the system works and what it relies on, so it’s best to treat Oscar’s Grind completely differently.

By increasing the bets after a win and keeping them the same after a loss, the system tries to avoid the fast escalation of the bets. In fact, the maximum bet that is placed using Oscar’s Grind is 4 units. This can help the player keep his or her bankroll in balance, while the gaming session can last longer.

To start using the system, you need to bet one unit on an even-money field of the roulette table. The value of the unit can be anything from £0.50 to £1,000, for instance. If you lose, you keep the bet at one unit, but if you win, you raise to 2 units. The goal is to win one unit (or more), after that, we reset the betting cycle or round and start again. I think in this instance, it would be a good idea to show you an example.

There are a couple of things to note here. Firstly, as I mentioned earlier, the goal is to win one unit, which is why after our second win we didn’t increase the bet further to 3 units, 1 was sufficient. In addition, you need to take into account that this round may seem a bit unrealistic, so let us try with another example, maybe a longer one. Note that the final bet remains the same, although it follows a win. As mentioned earlier, with this system, you should avoid wagering more than 4 units, as the risk increases.

The main concept behind this betting system is that there are periods of wins and periods of losses in the game of roulette. There are, indeed, many instances when you will have 5 wins and then, even more losses may occur, for example, 10 in a row. These are known as streaks and can often eat up all your money. This is where the Oscar’s Grind roulette system really shines – even when you have long losing streaks, by keeping the bets low, you will not lose a lot of money.

This strategy is often preferred by gambling fans with modest bankrolls or little experience. In fact, it is intended for more conservative players because the potential profits are really not that impressive. Moreover, the system itself works with the notion that the next outcome can be predicted based on past events. For instance, when you lose several times in a row, you keep playing with the hope that winning streaks will follow. Of course, this may not be the case, which is the weakness of this strategy, but we shall look into this in the following section.

The Pros and Cons of the Oscar’s Grind Roulette Strategy 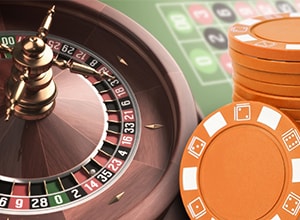 It is quite simple really; if you’re losing then decrease your bets to minimize the impact of a losing streak. Likewise, if you are on a winning streak then by increasing your bets after a win you’re going to make some money fast. The beauty of this system is that, unlike so many others, it thrives on streaks.

So if you are someone who finds that they are currently losing too much on long losing streaks, or not taking advantage of the winning ones, this will certainly be appealing to you.

As you have probably seen already, Oscar’s Grind is very straight-forward, safe and resilient. Compared to many famous roulette strategies, it will not get you place huge bets and you will be able to play for a longer time. You are less likely to reach the table limits than if you were using the popular Martingale system, for instance, where you need to double your bets each time you lose.

This method can also be adjusted to fit your individual betting habits. Interestingly, it has been used for a variety of casino games which feature even-odds bets such as craps or blackjack. Moreover, many players have started to use it also for betting on dozens and columns, where the odds are even less favourable. The probability for these two bets in European or French roulette is 32.40%, while the payout is 2:1.

The success of this system depends on the streaks you have in one betting cycle and on your luck, as well. It works well with longer streaks, so let’s see how this may look like in this table:

This is, indeed, a favourable sequence where even the longer losing streak and the losses from it can be compensated with several wins. We can gain a profit of 6 units with only 7 wins and 12 losses in a round of 19 spins. Note that the rule of betting no more than 4 units is ignored. If we did follow it, we would have had two options – to end the cycle with a loss of 12 units or to continue betting 4 units for several more spins. After the 19th spin of the wheel, we would have ended up with zero profit. If we wagered another 4 units for the 20th spin and we won, we would have ended the round with a profit of 4 units.

Unfortunately, there is always a downside. In a sense, this system works by predicting the outcome of the next spin; if you lost the last spin then it prepares you in case you get another loss. Unfortunately for this system, roulette often alternates between wins and losses, and Oscar’s Grind is unable to capitalize in such situations. You cannot rely on single wins to compensate the losses and even if you do not lose many times, you may run out of funds. In fact, as it can be seen in the example below, single wins may be even more detrimental to the entire betting cycle.

In this case, the 19-spin round ends with a loss of 7 units, unless we continue to bet and on the 20th spin we win, leaving with the modest profit of 2 units. As you can see, you will need to place bets twenty times until you start making profits. This sequence is very realistic, despite only the 8 wins compared to the 11 losses. But in reality, your session may be even worse and there is a chance that you lose too much in the long run.

So Should I Try Oscar’s Grind or Not? 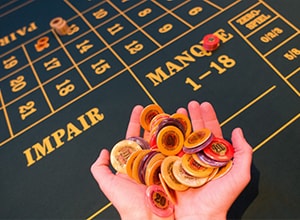 Personally, I like to play it from time to time, but not too frequently. The reason for this is that the profit made at the end of the round is just too low. Being the safe system that it is, rounds can go on for quite some time, and to receive just one unit at the end of it can feel pretty unrewarding. I don’t mind having a reasonably high value set as my unit for this system though, so perhaps you could try that too and see if you think it could work for you.

I really like how this system, unlike so many others, doesn’t falter under long losing streaks, and that is certainly the main appeal of this strategy. Overall though, I think there are better systems out there, and I recommend you take a look at some others first before trying this one.