It seems like there’s no stopping online casino roulette these days.

Though the game has been beloved for hundreds of years already, the seemingly endless growth of the online gaming sector is fueling boom times no gambler has ever seen before.

It seems like hardly a day goes by without the news breaking of some new expansion of the roulette universe!

All of this new territory revives a timeless question: is it possible to gain an overall, long-term edge over the house in roulette?

The short answer, of course, is no…

… and anyone who says otherwise is running a scam.

However, there’s more to it than that. Let’s dig a deeper, beginning with the question of what it really means to beat the house over the long-term. 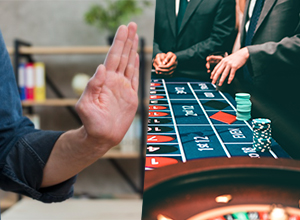 From a strictly logical standpoint, there is one surefire way to beat the house over the long term: quit while you’re ahead.

In theory, a player who gambles only for a short time, wins some money, and never spins another wheel ever again has beaten roulette over the long term, whether the size of the win is $20, $20,000, or $20 million.

There are a few problems with this solution, however. The first and most obvious is that most players don’t play roulette in order to win once, then never play again.

There are two, intertwined goals that most players desire: they want to win, and they want to enjoy themselves!

As such, we’ll have to look elsewhere for answers to our question.

It may seem an odd thing to consider, but have you ever wondered why the layout of roulette wagers has all the numbers listed in order, but the wheel does not?

It’s a bit funny. A player who wagers on, say, the numbers 1–5, might think they are betting on five numbers that sit next to each other on the wheel, almost like a slice of pizza. But those numbers are actually located in five discrete wheel positions. What gives?

Well, in past roulette eras, wheels were far less technologically sophisticated than they are today. There were no random number generators, no algorithms or matrices to ensure that the results of each spin of the wheel were truly random.

There was always a real possibility that something could be wrong with the wheel itself! And if a wheel was weighted so that a certain string of numbers was more likely to hit, ensuring that the numbers were laid out in non-consecutive fashion would obscure this fact from most gamblers, effectively protecting the house.

Most modern betting strategies, however, aren’t based on this fact. They are not based on the wheel, but on the layout.

There’s absolutely nothing wrong with that approach, or with the popular betting systems out there today.

There’s no doubt that using a betting system can add another dimension to roulette play, making it an even more thrilling game.

But no system will give players an edge against the house. 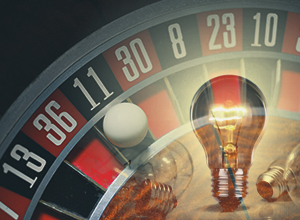 The other approach to seeking a long-term advantage has to do not with the layout, but with the numbers on the wheel itself. Here are a few of the classics:

Are any of these viable strategies for gaining an edge against the house?

Perhaps in the past they were. As previously mentioned, roulette wheels of earlier eras were far from perfect.

For one thing, each number was set in a much deeper pocket than those of a modern wheel, which meant that the ball didn’t bounce nearly as much as it does on modern tables. If some (or even one) of those pockets were even slightly deeper than others, those numbers would be more likely to hit.

Furthermore, in the wilder old days of casinos being operated by all kinds of unsavory characters (as movies like Casino and The Godfather Part II have shown, the mafia used to be a fixture of Las Vegas gambling life), it might have been possible for an imperfect wheel to remain active for some time, if no one from the house noticed or if other matters took precedence. Today’s casinos use computers to check the randomness of their wheels – if not constantly, at least daily.

There’s just no way to outsmart a modern wheel.

In short, all of this is fun to think about, and perhaps even worth trying… if only for fun. But the end result is unchanged: in roulette, no matter what players do, the house will always win over the long term.